Shincheonji Volunteers News, The ceremony for veterans as to commemorate

I would like to introduce an event celebrating the seventieth Anniversary of Liberation Day that the Shincheonji Philip Volunteers prepared. 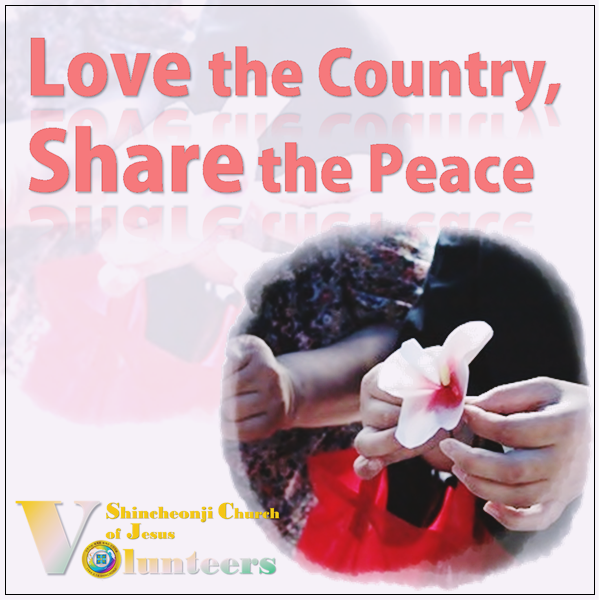 'Love the Country, Share the Peace' Event was held in Mangsang beach located in East Sea, Gangwondo in August of last year, which was the seventieth National Liberation day of Korea. The event was organized by Shincheonji Philip volunteers in order to express a gratitude to the patriotic martyrs and war veterans of the Korean War. The photos taken during the Korean War were exhibited to remind the attendees the pain caused by war and revive the importance of unification of the North and the South. Drum performance, Korean martial arts, Korean harp chorus, junior cheerleading and students dancing were all performed during the ceremony.

Shincheonji Philip volunteer prepared invigorating food especially to show gratitude to the war heroes who had given their life for the country. 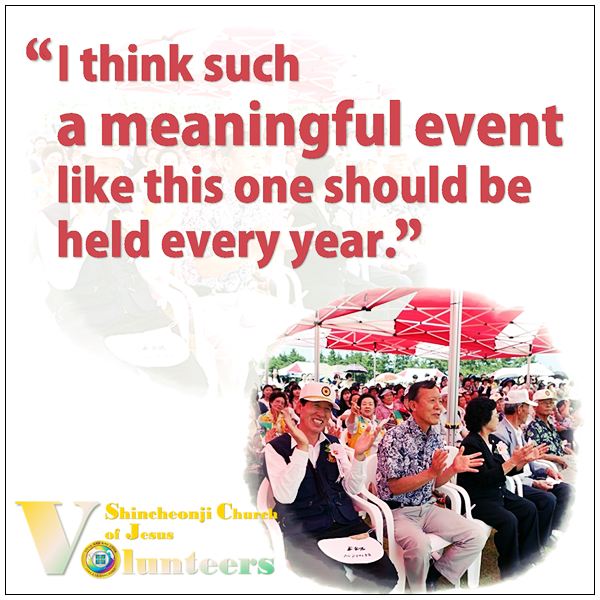 “I think such a meaningful event like this one should be held every year.” Regional VP Shin said, during the opening speech. 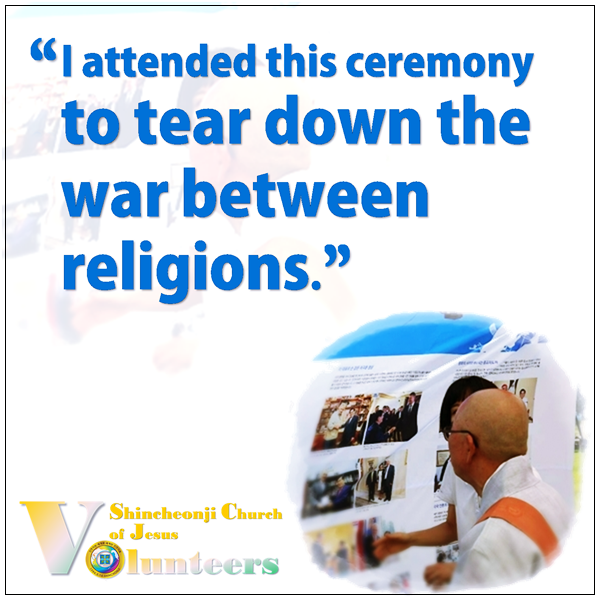 The master of Jeongdam temple said

“I attended this ceremony to tear down the war between religions and the volunteers have set a good example to many through this event. I found about Chairman of  Shincheonji Chruch of Jesus in the peace emissary booth.

The chairman has a great passion towards the world peace movement, I was very amazed.” 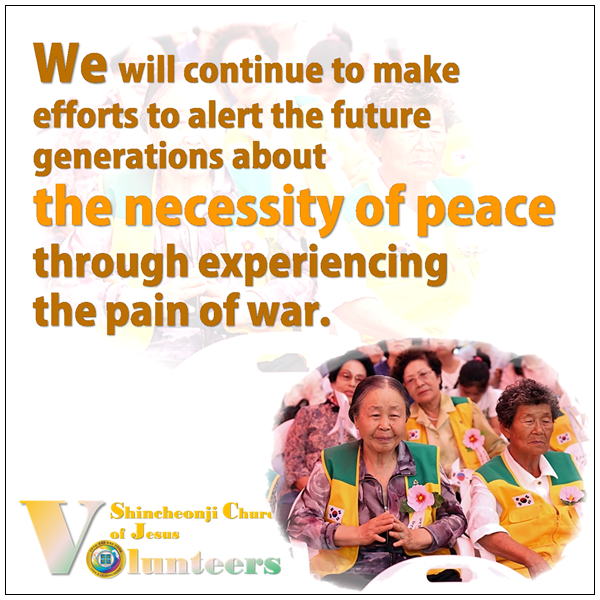 A leader from the Shincheonji Philip volunteers said

“I thank the regional veterans’ organization for helping us organize this event on the seventieth National Liberation Day with the war veterans who gave their life for the country.

This will not stop as a simple ceremony, but we will continue to make efforts to alert the future generations about the necessity of peace through experiencing the pain of war.” 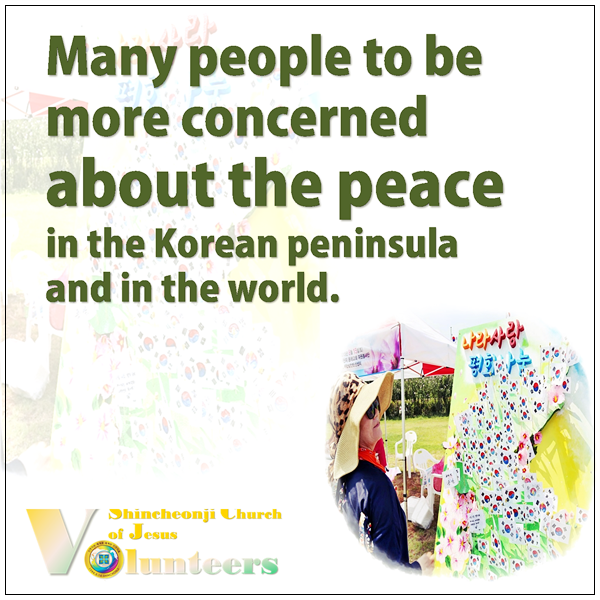 I wish that all of the citizens who participated in the event to be more aware of the Liberation of the country and be more concerned about the peace in the Korean peninsula and in the world.

Jesus came at the First Coming as a messenger of peace and made known to the chosen people of Israel the work of peace, but they rejected it. (refer to Is 52:7, Lk 2:14, Lk 19:38-44)  In fact, they, the pastors of Israel, labeled Jesus as a cult and killed him.

The Chairman of Shincheonji Chruch of Jesus follows the Lord’s will and transcends borders, race, religion, ideologies. Without anyone’s help and at his own expense, he is working to bring cessation of war and leave a legacy of peace. 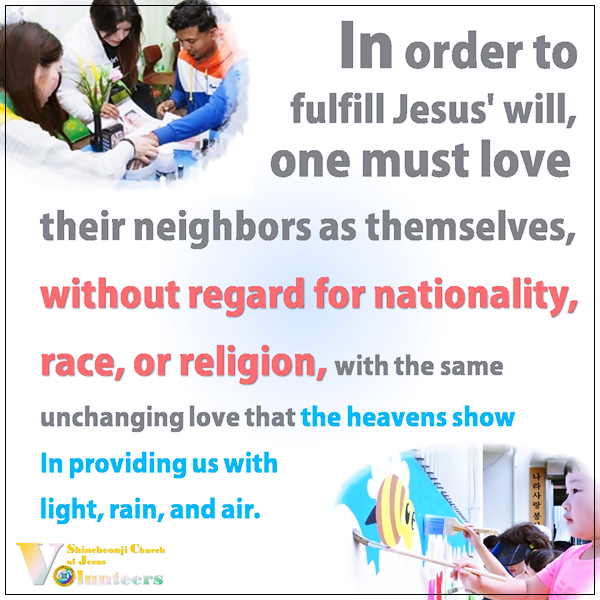 However, The Christian media such as CBS, KMIB, etc. and Old denomination pastors is quick to isolate those who are not part of its organization and label them as a heresy. They are interfering with the peace movement.

How are these actions any different from those at the First Coming when the Jews interfered with Jesus’ work of peace?

God created the heavens and the earth, created all things, and gave us life through the light, rain, and air of heaven. But why do people, who live under such grace from God, persecute those who do nice things?

In order to fulfill Jesus' will and Love, one must love their neighbors as themselves, without regard for nationality, race, or religion, with the same unchanging love that the heavens show in providing us with light, rain, and air, and even love the enemies. 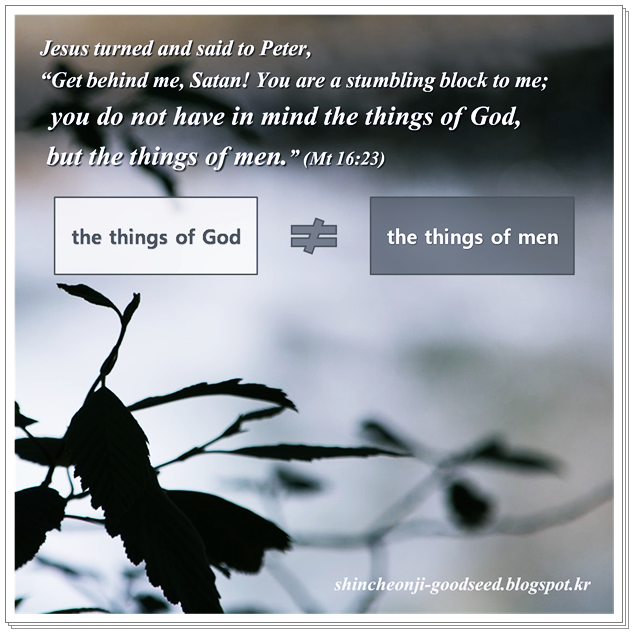